_small_table_threshold and direct path reads on partitioned tables in 11.2.0.3


I was troubleshooting a performance problem few days ago. The database the problem was experienced on was recently migrated from Oracle 10.2.0.4 to Oracle 11.2.0.3.

Long story short, the problem was described as performance of a query that scans two or more partitions in a table is much worse compared to combined performances of queries accessing each of the partitions separately.

After a short investigation I narrowed down the problem to “direct path reads” being the culprit of the problem.

As you know, due to the adaptive direct read feature introduced in 11g full table scans may utilize PGA instead of the buffer cache as it was a case in the earlier versions.

There are few good articles on this change in behavior among which I personally favor Tanel’s blogpost and hacking session and the post by Alex Fatkulin. You could also check MOS Note 793845.1.

What I observed in 11.2.0.3.0 was quite surprising and a bit different from what I’ve read so far. I know that there are different parameters/variables that influence the decision whether or not direct part reads should be used. I tried to be careful and not to fall in any of these traps.

Please note all the tests were done in a sandbox environment. I advise against trying these tests in any production environment.

I used ASSM, a tablespace with uniform extent size(64K)


I will try to simplify the problem by using a partitioned table, TEST_PART containing 7 partitions.


Each of the 7 partitions will be populated with 4000 rows (for total of 65 blocks allocated per partition) using the following SQL statement:


I will collect stats using the statement below:


As you can see from the output below, each of the partitions has 65 blocks below the HWM:

As you can see number of blocks in each of the partitions (65) is lower than _small_table_threshold value (117). Therefore a query that accesses only one of the partitions uses the buffer cache to store the segment blocks.


I will use my sese.sql script to check the values for specific session statistics. It simply scans v$sesstat for the current session and a given keyword. If there are statistics that contain the specified keyword and their value is greater than 0 they will be reported. As you can see no direct path reads were performed.


I expected to see the next query utilizing the buffer cache as well. It scans two partitions. As you know, each of the partitions has 65 blocks which is less than _small_table_threshold value (117), hence I thought I won't see any direct path reads.


However, direct path reads were performed. Moreover, even though one of the partitions I previously scanned was already in the buffer cache, both partitions were scanned using direct path reads. As shown in the output below, two segments were fully scanned using direct reads for total of 130 direct reads were performed (2x65).


Let’s see what happens when I increase _small_table_threshold to 130 and run the last query.

How about if I we add one more partition to the equation now (_small_table_threshold=130):

Therefore seems the logic behind the decision whether or not to perform direct path reads is:


This brings me to the second observation. If you query X$KCBOQH.NUM_BUF for the partition segments (read Tanel’s blogpost or watch his hacking session ) you can see that even though partitions PART_1 and PART_2 were in the cache, Oracle still performed direct path reads for all three partitions:


I ran the output above after the last test. As you can see PART_1 and PART_2 segments are completely in the buffer cache, 66 blocks each (65 blocks for the data and 1 block for the segment header). PART_3 however has only one block in the cache and that is most likely the segment header block.

But, even when all 3 partitions were fully loaded in the buffer cache, Oracle still performed direct path reads: 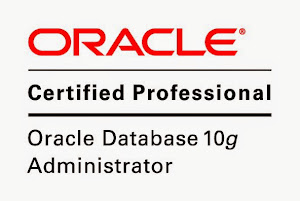 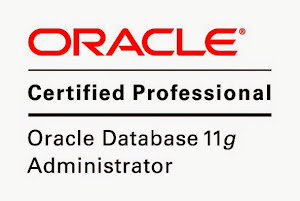